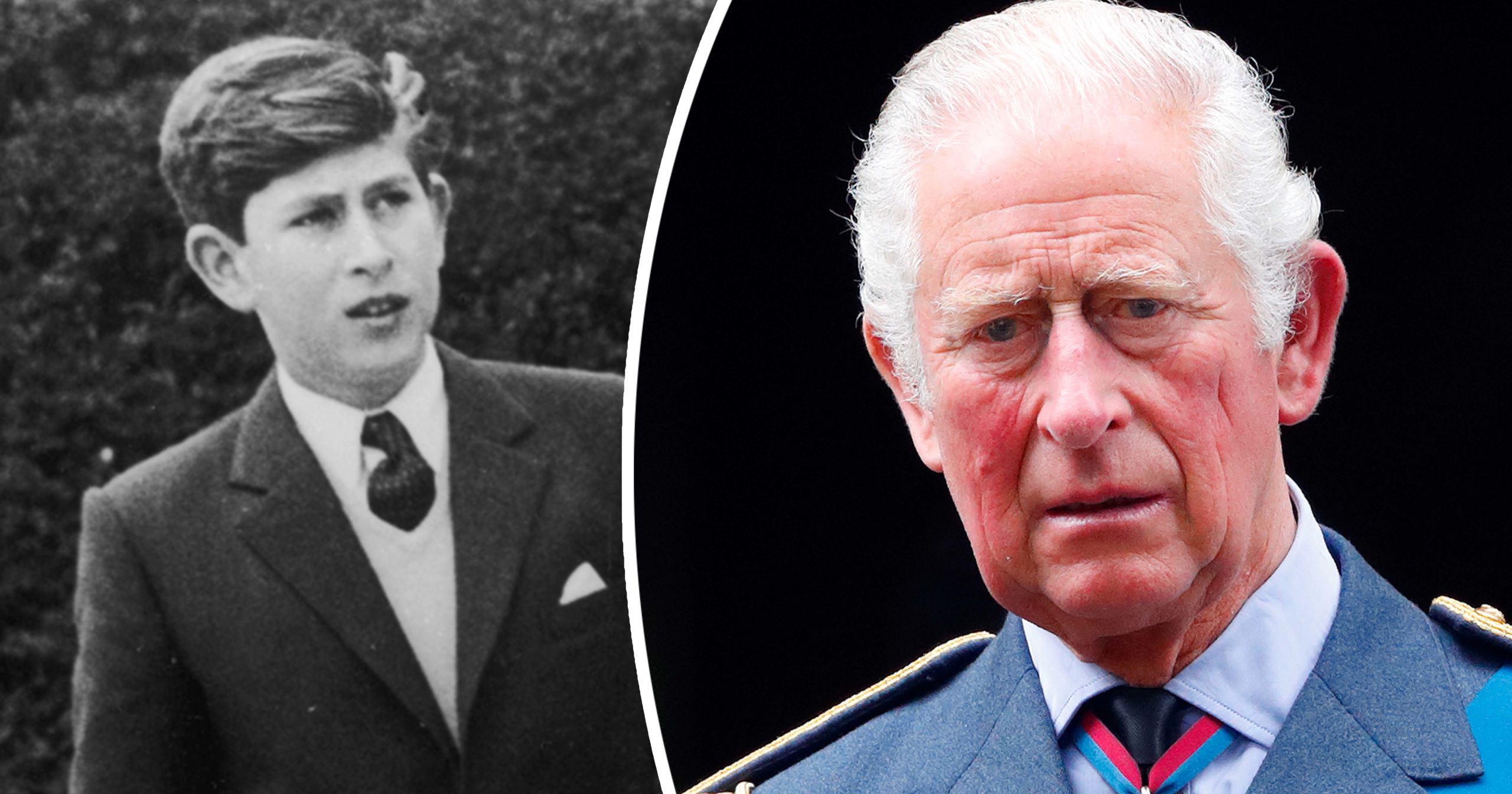 King Charles has now been monarch for almost two months following the passing of Queen Elizabeth. Of course Charles, alongside wife Camilla, has been preparing to take on the role of King for years. According to recent polls, he’s growing in popularity with the British public.

Suffice it to say that Charles hasn’t always been the most liked person where the public are concerned. A new ITV documentary, Charles: Our New King, covers how the King had a very tough time in school when he was young.

Not only were other children unkind to him – but they reportedly even hit him and pulled his ears.

Taking over after the illustrious reign after Queen Elizabeth was never going to be an easy task given the Queen’s popularity. Now, though, it seems as though Charles’s own popularity has grown substantially.

According to a new poll (published by the Daily Mail) the British public have been left impressed with King Charles since he ascended the throne. When asked if their view on Charles had changed since he became King, 24 percent said they had a higher opinion of him than before. Moreover, a poll found that 58 percent of the British people believe he will be a good King.

All in all, 48 percent of the country have a favorable view of King Charles, while 33 percent have no opinion or aren’t sure. Only 13 percent said they have an unfavorable opinion of their new king.

Now, one might think that royal life is a walk in the park. It’s important to remember, however, that deep down the royals are people just like you and me. They love and hurt like us; experience joy and sadness and struggle. That also goes for King Charles, who by all accounts had a tough time of things growing up.

Over the years, Charles has created a very close bond with his grandchildren. When looking at pictures of him with them, it’s easy to see the love he has for them.

King Charles is a proud grandfather of five: William and Kate’s three children, Prince George, Princess Charlotte, and Prince Louis, and Harry and Meghan’s two children, Archie and Lilibet. Unfortunately, he hasn’t had the opportunity to spend too much time with the latter two as they live in the US.

Even so, Charles has proven himself to be a fun and engaging grandpa. He even has his nickname: “Grandpa Wales.”

King Charles’ love for his grandchildren

When King Charles turned 70, Camilla spoke about her beloved husband in a BBC documentary. She explained that the children adore him, and he isn’t afraid to open up.

The Queen Consort added: “He’s exceptionally good with very small children and babies. He loves to really make them laugh. Getting them out in the garden and showing them things.”

Though Charles now has a loving family around him, and aims to spend as much time with his wife, children, and grandchildren as possible, that hasn’t always been the case.

During Charles’s childhood, life was very different. He didn’t share the same closeness with his mother, Queen Elizabeth, and close family bonds were difficult for him to come by.

Speaking with US Weekly, Christopher Andersen, author of The King: The Life of King Charles III, shared details of Charles’s “heartbreakingly lonely childhood.” He reportedly felt “abandoned” by Queen Elizabeth and his father, Prince Philip, as he spent most of his time at a boarding school. Needless to say, it was a “complicated” upbringing,

“There was never a cozy relationship between Charles and the queen,” Andersen explained. “That’s because the [royal] family is not set up to be cozy.”

While there were times of tension between Charles and Elizabeth when he was young, the two were nonetheless able to create a strong bond over the years.

“I think that the queen and Charles grew closer as she grew white [and] old, and as he grew,” Andersen added.

As explained by Andersen, Charles reportedly felt abandoned as a child. New reports about what he had to endure at school don’t paint the picture of his childhood as being much brighter.

According to a new ITV documentary named Charles: Our New King, John Stonborough, former classmate of the monarch at the boarding school Gordonstoun in Scotland, Charles was mistreated by some of the other boys.

Stonborough recalled how others often targeted Charles and blamed him for the strict rules they had to follow.

The then-young Prince attended the school from age 13, following in the footsteps of his father, Prince Philip.

“One of the mistakes that was made when Charles arrived at Gordonstoun was that we were all told he was just to be treated like everybody else. But he wasn’t everybody else, was he? He was going to be King of England,” Stonborough said in the documentary.

“He had a private detective, we didn’t have private detectives. And when he came, they strengthened all of the rules and it became a stricter school and I think that some people took it out on him.”

Stonborough also explained how the boys punched and attacked Charles on occasion. The monarch later described Gordonstoun as “Colditz in kilts.”

“I actually witnessed one straight attack on Prince Charles during a rugby game when he was in the scrum and one guy pulled his ear and another guy punched him – right in the scrum,” he said, adding that Charles didn’t have a lot of friends, but resolved to put up with the other boys’ treatment of him.

“I believe it taught me a great deal about myself”

Even though Charles’ experience at the Scottish school seemed harsh, in the mid-1970, he gave a speech on his time there, deciding to defend Gordonstoun, even going as far as to say he was lucky to have attended.

“I am always astonished by the amount of rot talked about Gordonstoun and the careless use of ancient clichés used to describe it. It was only tough in the sense that it demanded more of you as an individual than most other schools did – mentally or physically,” Charles said.

“I am lucky in that I believe it taught me a great deal about myself and my own abilities and disabilities. It taught me to accept challenges and take the initiative.”

King Charles might have been treated poorly in school, but today he is finally getting the last laugh, what with his coronation coming up.

The Palace has confirmed the official date of King Charles’ coronation will be May 6, 2023 in Westminster Abbey.

According to a press statement, Charles’ coronation “will reflect the monarch’s role today and look towards the future, while being rooted in longstanding traditions and pageantry.”

Earlier reports suggested it might occur on the 70th anniversary of the Queen’s coronation – or the day after, on June 3.

In 1954, when the Queen was crowned, the event was huge. According to the official royal website, more than 8,000 guests attended Westminster Abbey for the coronation. In addition, an incredible 129 nations were officially represented.

As tradition dictates, the monarch was presented with many gold objects, including a robe, bracelets, and spurs.

The Queen’s crowning was a fabulous and significant event. However, King Charles is reportedly veering slightly away from tradition and looks set to do things differently.

The new plan for Camilla

According to Daily Mail sources, he will dramatically decrease the number of guests to just over 2,000. Also, the ancient traditions – like the presentation of the Orb and Scepter – will be shortened to about one hour. According to the Mail, the Queen’s coronation lasted about three hours.

The monarch is reportedly also planning to order a more relaxed dress code. For example, he will “possibly allow” lounge suits instead of peers wearing ceremonial robes.

That’s if she isn’t given the role earlier. According to The Telegraph, Buckingham Palace will decide whether Camilla will be titled “Queen” prior to the coronation of her husband. The Telegraph’s report explained that it depends on her popularity among the public.

If she remains popular – and if there’s no public kick-back regarding her being referred to as Queen Camilla – Buckingham Palace might quietly drop “consort” from her title.

Of course, Camilla’s popularity among the public has grown plenty since she married Charles. The affair that drove a wedge between Charles and the late Princess Diana didn’t put her in a good light, but over the years, royal fans have accepted her – and, most notably, started to like her.

When she married into the Royal Family, she was said to have, already back then, opted to be called “Queen Consort” as a sign of respect to the royals. And when Charles became King, he referred to his wife just that way.

The official guest list of King Charles’ coronation will most likely not be revealed until next year, but speculation about whether Prince Harry and Meghan Markle will be there or not is already in full throttle.

Moreover, The Prime Minister has also now decided to proclaim an additional bank holiday for the coronation, with the British people set to have one more day off to celebrate the King.

Please, share this article on Facebook with friends and family if you enjoy reading about the royals!