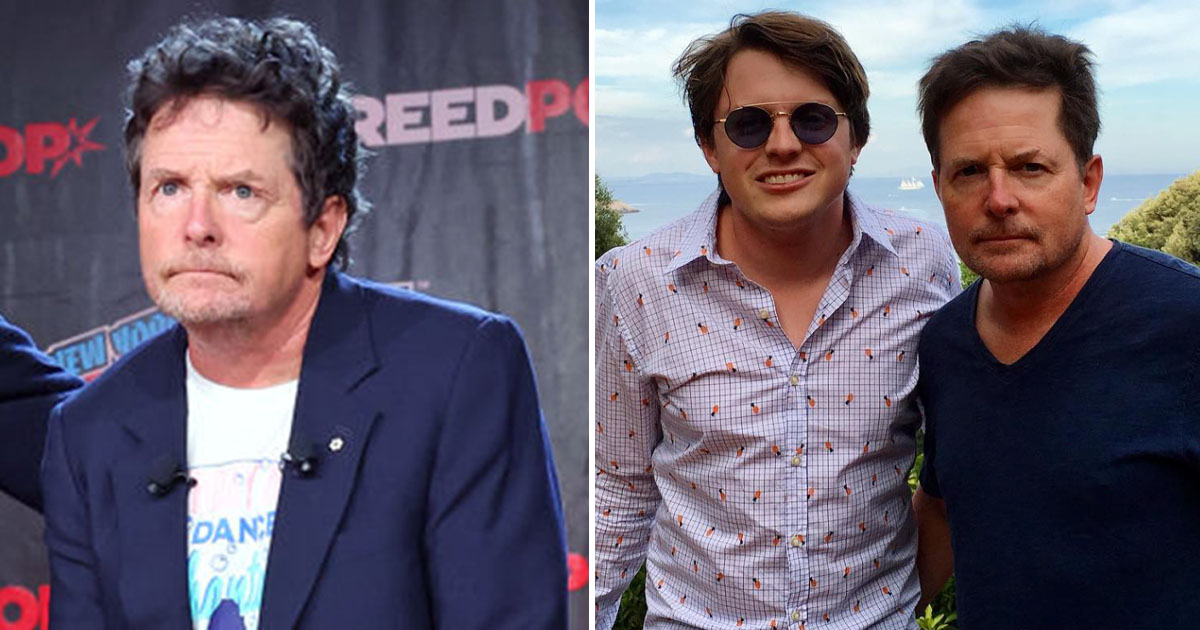 Michael J. Fox is an actor that has been loved by millions around the world for decades. He broke out on screens and into the hearts of the public in his iconic role as Marty McFly.

The actor has been dealing with some health issues in the last few years. He has always been open about his experiences and now he is talking about how Parkinson’s Disease affected his acting career.

Michael J. Fox was only 29 years old when he got a devastating diagnosis; he found out he had Parkinson’s Disease. He was at the peak of his acting career and knew he would not give up his craft because of his diagnosis.

Instead, he decided to use his diagnosis in his roles. In 2004, he played a doctor with obsessive-compulsive disorder on the show House. He also played a role in The Good Wife as Louis Canning, a lawyer who used his neurological condition to manipulate juries on his behalf.

But now as he turns 60 years old, the actor admits that it is getting harder and harder for him to act. He revealed that memorizing lines has become increasingly difficult for him to manage.

The aspect of memory loss from his disease has made it hard for him to work as an actor, he used to be able to memorize lines in an instant but now it has become almost impossible for him to do so.

He recalled days when memorizing lines had been second nature to the actor. He said, “I knew it, like in an instant, and it continued to be that way for me. I[’d] have 70 pages of dialogue on a [Brian] De Palma movie, and knowing that a hugely expensive Steadicam shot depends on me knowing the lines—not a trickle of sweat on my brow.”

He no longer takes roles that require too many lines to be memorized. He said, “I can’t remember five pages of dialogue. I can’t do it.” But he has taken this in stride, knowing there is not much he can do about it.

The actor revealed a few years ago that he started falling down for no reason. Though he knew his Parkinson’s may have been a contributing factor, the actor himself soon came to realize something unrelated was happening with his body.

Fox had endured recurring problems with his spinal cord, but was reassured by doctors that it wasn’t a life-threatening problem. That said, it was made it clear that it would affect his life if he didn’t do something about it.

As per the New York Times, he said: “I was told it was benign but if it stayed static I would have diminished feeling in my legs and difficulty moving. Then all of a sudden I started falling – a lot. It was getting ridiculous. I was trying to parse what was Parkinson’s and what was the spinal thing. But it came to the point where it was probably necessary to have surgery.”

Fox underwent surgery on his spinal cord a few years ago, then embarked on a period of intense physical therapy. Unfortunately, though, his problems didn’t end there.

“I did it all,” he said, “and eventually people asked me to do some acting. Last August I was supposed to go to work. I woke up, walked into the kitchen to get breakfast, misstepped and I went down. I fractured the hell out of my arm. I ended up getting 19 pins and a plate. It was such a blow.”

When quizzed on how he overcame said blow, he explained: “I don’t talk about things being ‘for a reason.’

“I do think the more unexpected something is, the more there is to learn from it. In my case, what was it that made me skip down the hallway to the kitchen thinking I was fine when I’d been in a wheelchair six months earlier? It’s because I had certain optimistic expectations of myself, and I’d had results to bear out those expectations, but I’d had failures too. And I hadn’t given the failures equal weight.”

He has been writing a lot since his diagnosis. He released his fourth memoir, No Time Like the Future. His foray into writing was simple, the actor said, “My guitar playing is no good. My sketching is no good anymore, my dancing never was good and acting is getting tougher to do. So it’s down to writing. Luckily, I really enjoy it.”

The actor has never let his disease get him down. He founded the Michael J. Fox Foundation for Parkinson’s Research, which has till now raised over $1 billion in an effort to find a cure!

The actor has repeatedly talked about his optimism, saying, he told AARP, “If you can find something to be grateful for, then optimism is sustainable. At 60, I just feel like, in spite of this thing I carry every day, I love my life, I love my wife, I love my kids … Parkinson’s is just this thing that’s attached to my life. It isn’t the driver … I’m really lucky, and I try to spread that luck around.”

Recently the actor made headlines again as he reunited with his co-star from the Back to the Future franchise, Christopher Lloyd. They did a panel at an event and they spoke about how the principal photography had already taken place for Back to the Future when Fox was tapped to play Marty McFly.

“The announcement — at one o’ clock in the morning after we were shooting for six weeks — was that the actor playing Marty would no longer be playing Marty, and that tomorrow, we would start shooting with Michael,” Lloyd recalled, according to SyFy.

“I felt that I barely made it through the [first] six weeks and now I was gonna have to do it again?!”

Although Fox’s mother was initially concerned about his prior commitment to Family Ties, Fox accepted the role.

“The chemistry was there from the first scene we had, it was alive, and it remained that way for three movies,” Lloyd said. “It hasn’t gone away, by the way.”

During the panel at NYCC, Fox briefly spoke about his Parkinson’s diagnosis.

“You guys have given me my whole life,” he said.

The actor was diagnosed in 1991 and went public with his diagnosis in 1998. He founded the Michael J. Fox Foundation in 2000, and its mission is to find a cure for the disease. It is the largest nonprofit funder for Parkinson’s disease.

“The best thing thing that happened in my life was this thing. Parkinson’s is a gift. I’ve said to people it’s a gift and they say, ‘You’re nuts.’ I say, ‘Yeah, but it’s the gift that keeps on taking.’ But it’s a gift and I wouldn’t change it for anything … It’s not about what I have, it’s about what I’ve been given.”

In his latest appearance at a public event, the New York Comic Con, the actor walked on stage and was seen to be struggling to do so because of his Parkinson’s diagnosis. While he struggled to walk on stage because of his tremors, fans in the hall cheered the actor on. Everyone was ecstatic about seeing the beloved actor in public after such a long time.

While the actor has developed a thick skin over the years, sometimes he does not let rude comments slide. He does not often receive them but sometimes he is attacked by trolls. He shared an incident where he was attacked with a mean comment on the internet and instead of letting it go, he decided to reply to the rude comment.

He reached out to his 33-year-old son Sam for help in this matter. His son advised his father to “Do SMH,” in this instance. When he asked what “SMH” even meant, his son told his father to trust him. The older actor did that and found the reply from the troll hilarious.

The three letters were enough to turn the troll into a fan. Fox recalled that the troll replied with “He answers me back ‘That’s the funniest thing I’ve ever read in my life. You’re the king of the internet. I apologize for anything I said to you,’ blah blah blah.”

He asked him son what he had his father write that turned the troll into a fan so quickly, he elaborated on what the acronym meant; ‘shaking my head.’

Even though we see Michael J. Fox as an optimist with a lot of compassion, even he has a limit to where he can withstand rude comments. It is good that he has children who can keep their dad on top of his games where comebacks are concerned.

There is no doubt about it; Michael J. Fox is as inspiring as they come. We wish him luck in his battle with Parkinson’s Disease and also in his efforts to raise more awareness about it.

Share the story of Michael J. Fox with your friends and family to inspire them too!