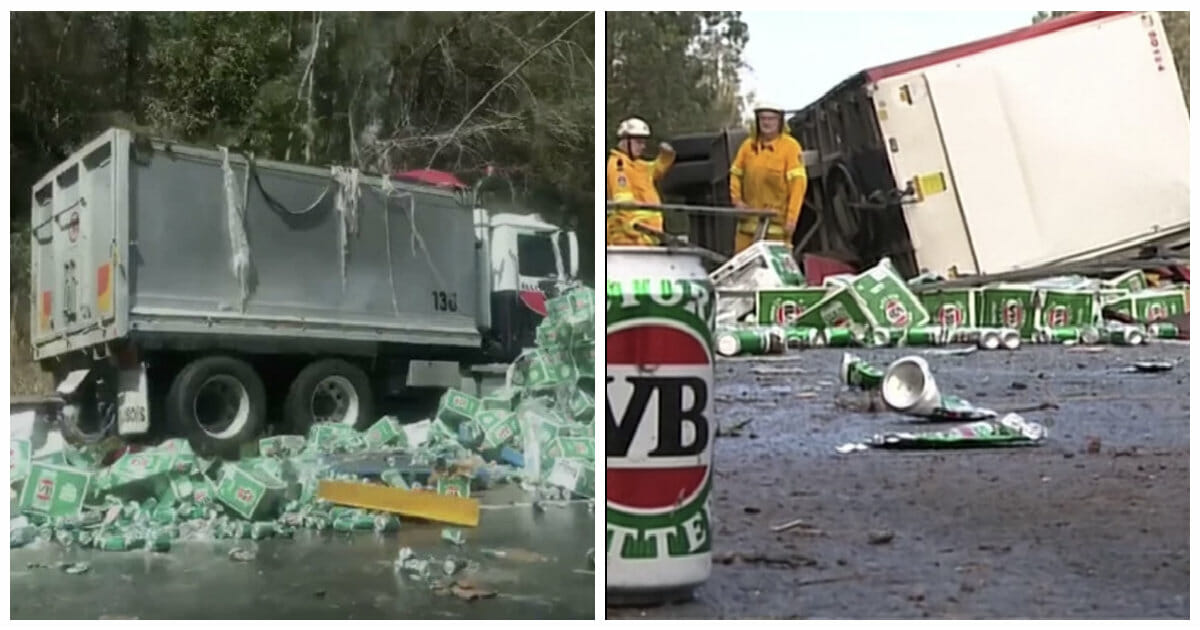 There’s no use crying over spilled milk, the old saying goes. But spilled beer? Now that’s worth shedding a tear over.If you’re the kind of person whose heart breaks for all those beers that never fulfilled their destiny of getting chugged, avert your eyes, because this story might be too much for you to handle:

A truck filled with beer toppled over, spilling its delicious cargo all over the highway.

As Reuters reported, a truck filled with Victoria Bitter beer rolled on Australia’s busiest highway about 186 miles north of Sydney on Tuesday.

Luckily, the driver was unharmed and didn’t require medical transport… leaving the only victims those tasty, tasty cans, who fell out of the truck and spilled everywhere.

“Some of them were squashed as they came out,” police chief inspector Tony Power told Reuters, not sparing any of the gory details.

Victoria Beer posted the heartbreaking sight on their Facebook page, rightly warning that it was a “graphic image.”

However, the police noted that, despite the ostensibly free beer, no bystanders showed up to, say, search the rubble for survivors.

While VB is one of Australia’s most popular beers, Power wonders if bystanders didn’t come running because they didn’t care for the brand.

“If it had been Reschs there would have been a riot,” he told Reuters. Even in times of tragedy, people have strong opinions about beer.

Let us have a moment of silence for all those poor beers who died too young.

Keep their memories alive by sharing this story!