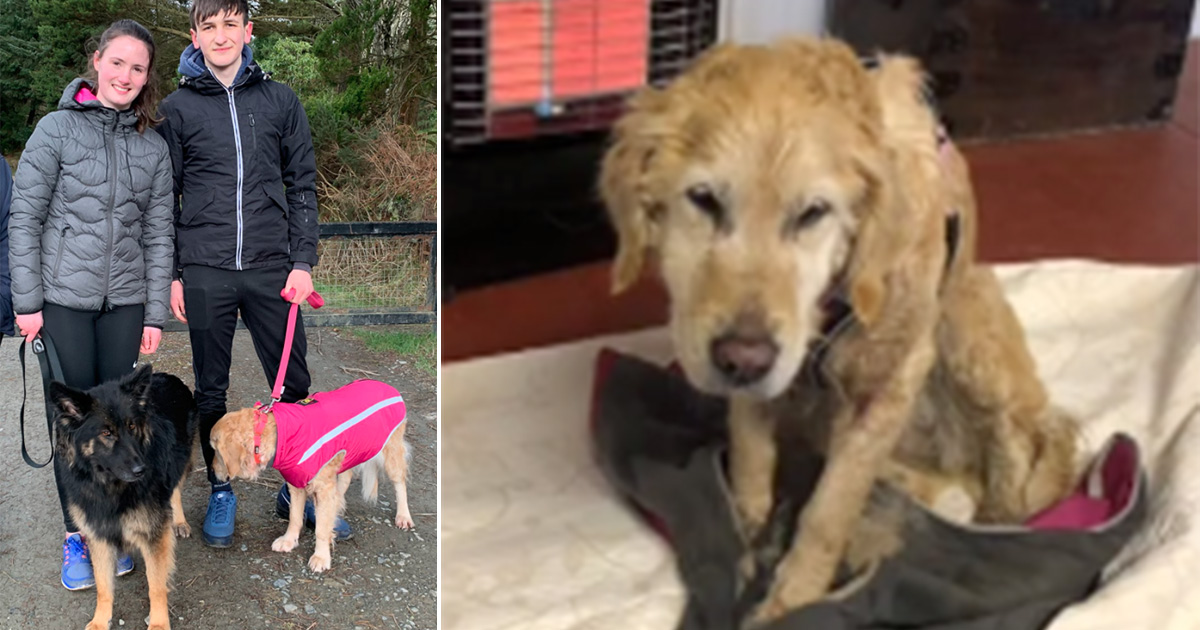 Two doctors who bravely rescued a freezing dog from a mountain in Ireland are now being investigated for potentially breaking lockdown rules, according to reports.

The golden retriever Neesha had become separated from her owners during a hike in County Wicklow and despite extensive searches they couldn’t find their precious pooch.

Neesha was left alone in the freezing cold Wicklow Mountains for two weeks until she was spotted by Ciara Nolan and her partner Francois as they climbed the peak of one of Ireland’s highest mountains last month.

The couple, both doctors, documented the rescue of Neesha on TikTok where they said she was found in a frail state and unable to move due to the cold.

Francois wrapped the 8-year-old dog up in his coat and carried her on his back for over 6 miles to safety where they contacted a local animal charity and she was reunited with her owners.

One person who saw the couple’s video of their brave rescue reported them for breaching the lockdown restriction of traveling more than 5km (3.1 miles) from their home.

Until the end of January the country’s residents were told to stay at home and not travel beyond a 5km (3.1 mile) limit for exercise to limit the spread of the virus.

According to RTE News, Neesha was out walking with her owners across the snowy area just south of Dublin when she ran off chasing a deer. The family returned the next day to try and find her but failed. It’s a mystery how she survived so long.

“Maybe she got a bit of shelter in the forest, I just don’t know,” owner Irena said.

Neesha was taken to the nearest veterinary clinic where she was found to have lost a third of her body weight and developed the skin irritation dermatitis.

Now the heroic couple who rescued Neesha and reunited her with her owners are reportedly under investigation for breaching lockdown restrictions.

The couple had been staying at a boutique lodge in the mountains which was providing “mental health breaks” for essential workers. The lodge remains closed while the police carry out their investigation, as per The Irish Independent.

I really hope this couple, who not only save people’s lives working as doctors but now also dogs, aren’t punished for their brave rescue. Thank you for saving Neesha’s life!

Help us to show our support and thank them for rescuing sweet Neesha by sharing this story.