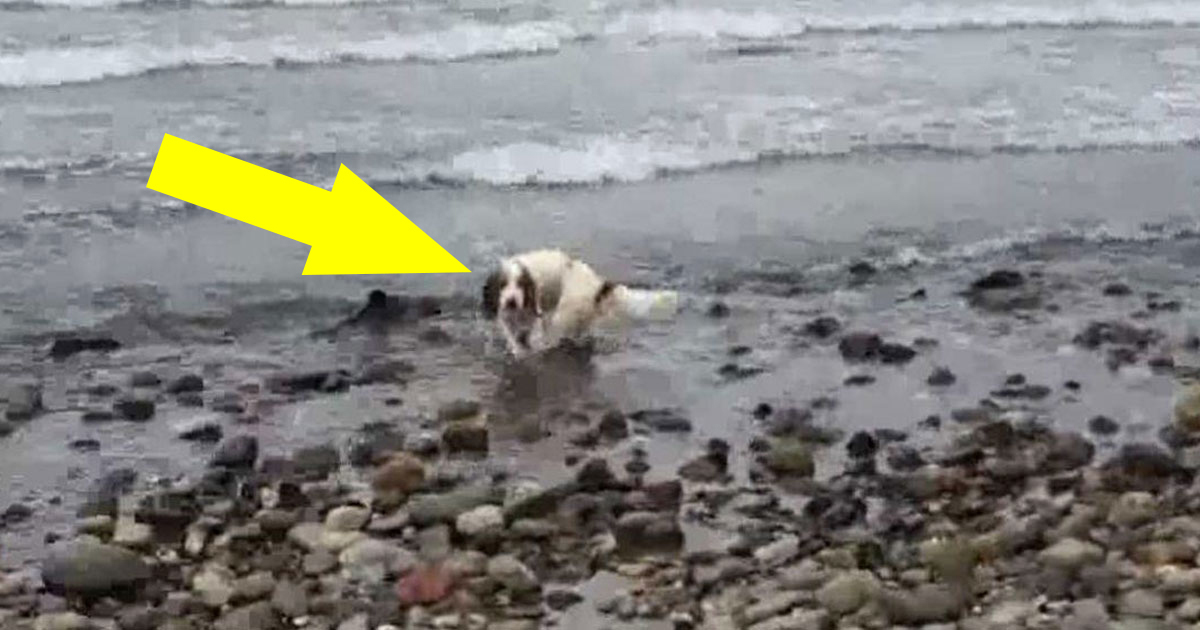 It appeared to be a perfect day for fishing, thought Rich, from Wales, UK, one morning. He promptly decided to head out to the local beach on a little fishing adventure along with his dog, Leia.

When they got there, Rich was so taken by the lovely scenery that he decided to stop and take some photos. That’s when suddenly, something appeared to catch Leia’s attention. She quickly ran away from Rich and rushed to the shore, barking loudly to demand his attention.

Leia was barking unusually loud, and at first Rich didn’t quite understand what was going on. He thought that perhaps she’d caught a fish, or discovered something unusual.

But Leia was crying for Rich’s help.

He went down to see what the fuss was about and quickly saw that Leia was standing by some kind of animal.

At first glance, Rich thought it might be a little shark, but when he looked closer he realized what it was – and was completely taken off guard.

It turned out that a small baby dolphin had been swept onto shore. The poor thing was helpless and unable to get back into the ocean.

It was obvious that the dolphin needed help right away. So, Rich lifted the little dolphin and pushed it back into the water. He and Leia then stuck around for about an hour more, just to make sure it did not get swept up again.

Rich managed to capture the exciting events on video, which you can watch below:

Leia is one clever girl to notice the poor dolphin, and for acting so quickly. Without her watchful eye that dolphin would have probably not made it. Please share to pay tribute to wonderful brave dogs like Leia!