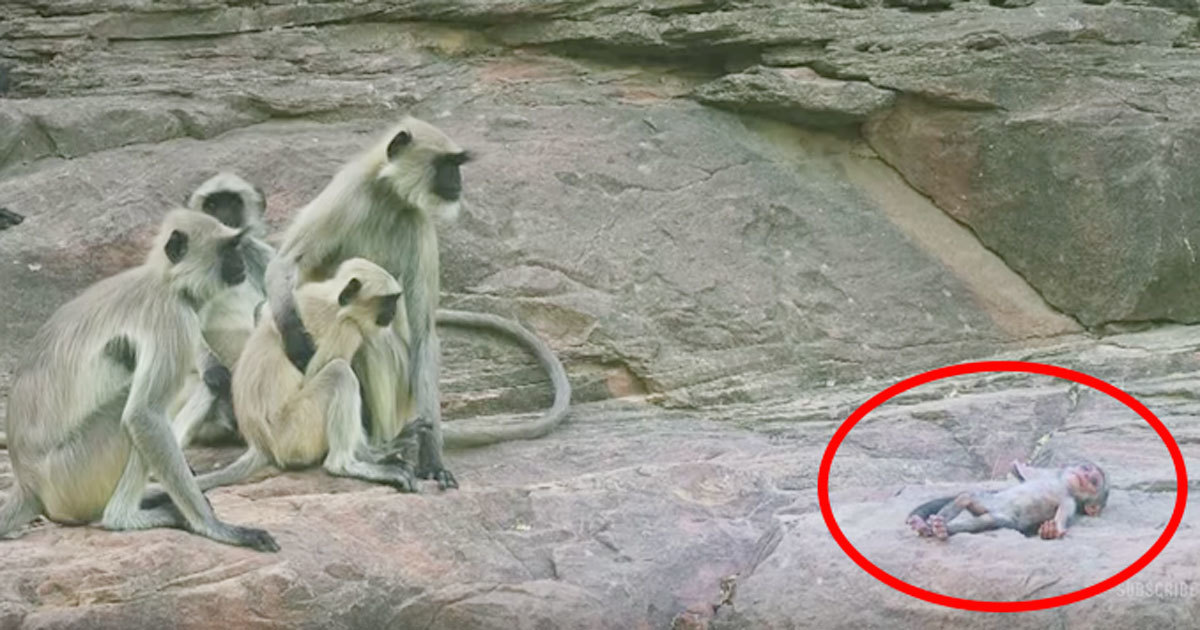 Monkeys are quite similar to humans in many ways. Families live together and take care of each other. And they raise their children together and even grieve when a family member dies.

Not convinced? The video below is proof that what we call “humanity” actually exists in monkeys, too.

This video shows what happens when a motionless robotic spy monkey is left among a troop of langurs.

The langurs immediately thought that the robot was one of them, a defenseless infant who needed their care. One of the langurs approached it and lifted it into her arms. It looked like she wanted to take care of it.

But suddenly, something happened. She dropped the robot and it fell lifeless to the ground.

The troop’s behavior completely changed. They thought it had been injured and rushed to its side. One of the females pressed the robot to her chest and checked for signs of life. But then, they realized that something was wrong.

They seemed to think that it had died from the fall.

They placed the lifeless body on a cliff and gathered around it, just as if it were a real infant who had just died. Then, they held and comforted each other.

I was so touched watching them mourn the robot! It really shows how much empathy these animals have. Watch the emotional moment here:

Were you also touched by this fine video? Please share it with your friends.