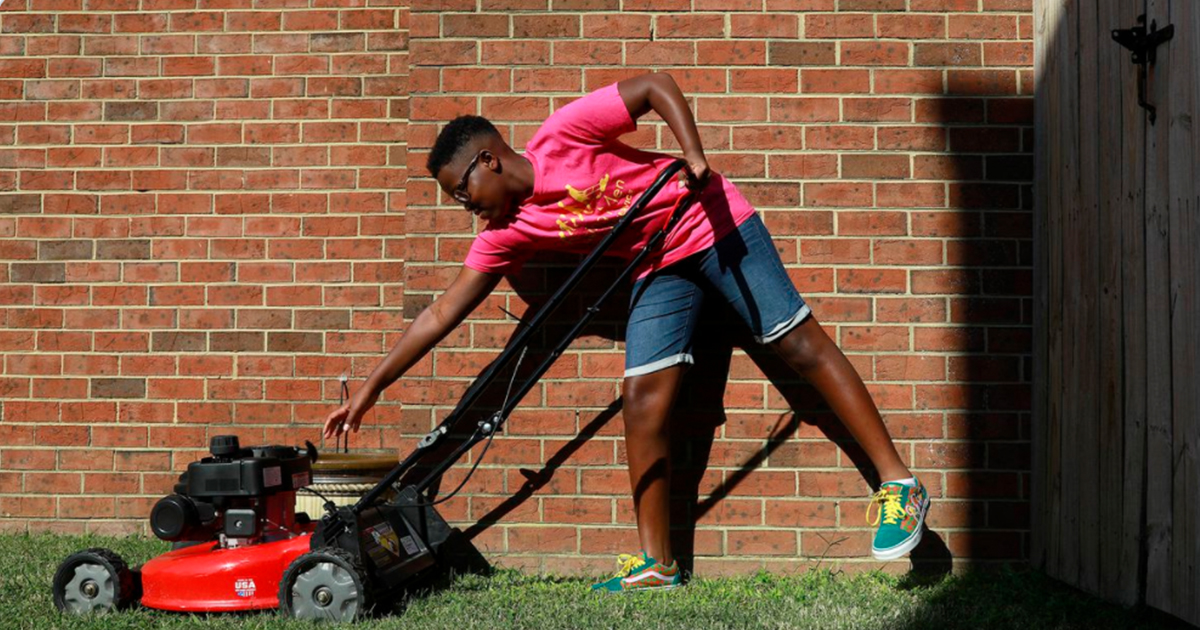 Doing good things for people less fortunate than ourselves is a way of living that most of us aspire to.

It doesn’t have to mean donating vast sums of money or even dedicating your entire life to selflessly serving others. Rather, it’s often making small gestures every day that suffice to show you are a truly good person.

Phoenix Browne is certainly one of those. The 12-year-old, of Chesapeake, Virginia worked tirelessly over the summer, cutting grass for people around his neighborhood of Hampton Roads.

In total, as per reports, Phoenix cut grass in over 50 different yards, toiling away in heat and humidity as part of what the Raising Men Law Care Service call the “50 Yard Challenge”.

The challenge aims to have young people cut the lawns of 50 people who are veterans, single parents, elderly or have disabilities that mean fixing their yard can be difficult. After cutting 50 lawns, participants are gifted a new lawnmower from the organization.

Browne, who completed the challenge this summer, said: “At first I was kind of nervous because it was such a big number.

The boy’s father, Sheldon Browne, said his son saw the 50 Yard Challenge on Instagram and got right to it. He agreed to the challenge in July, then began taking requests after putting out a call on social media.

“It’s very important he works on the ability to interact with others,” mom Joycelene Tetteh said. “It helps with his communication, his ability to problem solve.”

Word soon of spread regarding Phoenix’s efforts, and he became something of a celebrity in the local community.

“The difference between the first time he came and now… he is the boss now. He’s very respectful of his father but he is the boss and it shows. I’m real proud of him.”

As per Yahoo, Phoenix completed all 50 lawns in August. He mowed them for free, and did something even more impressive upon receiving tips from satisfied clients. After accumulating $100, Phoenix and his parents bought pizza and water and distributed them to people in the local area who were homeless or otherwise in need.

“He was eager to do something,” dad Sheldon said. “That’s basically what this challenge can lead to: being more conscious and aware of (our) communities.”

As for what’s next, Phoenix is set to meet Mayor Rick West next week to receive a certificate commending him for his community service.

Then, next year, the 12-year-old is aiming to do a “neighborhood takeover”, cutting more grass and again using the tips to feed the homeless.

What an inspiring young man! It’s people like this who truly make America great.

I don’t know about you, but I think Phoenix’s story should be shared far and wide so that he gets the continued recognition he deserves.

Share this article on Facebook if you think more kids could take a leaf out of Phoenix’s book in helping their local communities!