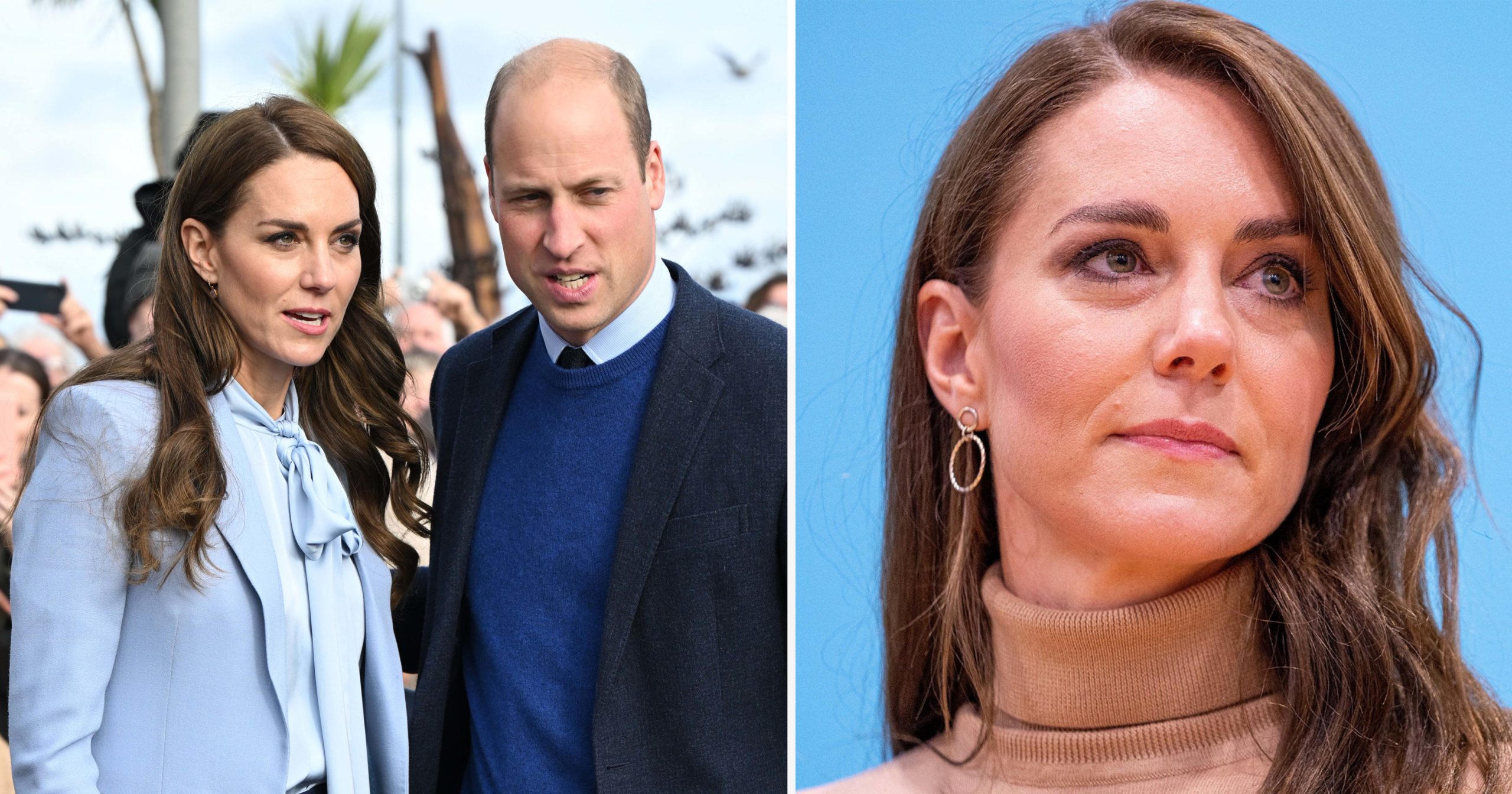 Kate Middleton has risen to become a very popular member of the British Royal Family. The future Queen – or at least Queen Consort – holds many noteworthy causes and charities close to her heart, and gives special focus to children in need.

Naturally, being a royal – and a mother simultaneously – means every day is a busy day. Kate, her husband, Prince William, and the couple’s three children have moved into their new home on the grounds of Windsor Castle. Yet even though she has her hands full, the Princess of Wales seems to be doing her best to maintain personal hobbies.

That said, interestingly, it would appear that Kate – for all her brilliance and popularity – is human after all. New reports suggest she has one surprising weakness relating to one of her favorite hobbies, and it’s been making headlines of late …

Kate Middleton and Prince William recently began a new chapter in their lives. Following the Queen’s passing, they are now styled the Prince and Princess of Wales. William, of course, has become the heir to the British throne, and so new duties and engagements await he and Kate, particularly those formally undertaken by Charles and Camilla when Queen Elizabeth was alive.

Royal duties aside, though, William and Kate made another significant change to their lives when they moved into their new home. In August, the couple decided to leave Kensington Palace in favor of Adelaide Cottage, just a 10-minute walk from Windsor Castle.

The cottage has a long royal history. Built in 1831, it was the home of Queen Adelaide, the wife of William IV. Despite its age, no significant renovations were planned before the Prince and Princess of Wales moved into the cottage with their three children, Princes George, Princess Catherine, and Prince Louis.

Meanwhile, the couple has kept their Norfolk home, Anmer Hall, and their spacious apartment at Kensington Palace.

When Kate and William left Kensington, their children also enrolled at a new school, leaving Battersea for the private school Lambrook.

The last few months have certainly been hectic for William, Kate, and the other senior members of the Royal Family.

For William and Kate’s part, the timing of their children’s recent half-term break from school was ideal. The couple took time off their royal duties to spend quality time with their children – surely much needed given the period of mourning they’ve been living in recently.

As per according to royal correspondent Jennie Bond, the weeks leading up to the holiday were very “tense”, for especially Kate.

Kate said to have been “stressed and anxious”

“They will be focusing on family time and will be enjoying the outdoor pursuits they love like cycling, horse riding, walks, taking the dog out and barbecues – enjoying autumn and recharging their batteries after a very difficult first half-term for the children,” she told OK!

William and Kate Middleton are understandably doing their best to juggle family life with their overwhelming royal duties. Of course, the last few months have meant more than just long hours.

Their workload was reportedly “crazy,” which led to William and Kate having to deal with added anxiety and stress.

“They’ve said that themselves… that this hasn’t been the settling period that they had hoped for,” royal expert Katie Nichol revealed on TalkTV’s show The Royal Tea.

“Of course, they made that big move just after the summer holidays to move to Windsor. A significant and pretty bold move leaving Kensington Palace, enrolling the children in new schools, and setting up a new life for themselves in Windsor.”

Nichol added: “Of course, no one could have expected that the Queen would have died just at the start of all of that. Very, very difficult times. I think behind the scenes there is a fair bit of stress and anxiety for all of the family.”

William and Kate are back at work following the Queen’s death and their aforementioned break.

“She is much more independent”

It makes sense to assume the passing of the Queen – and the subsequent roles they took on – has affected them in some way. According to body language expert Judi James, Kate Middleton no longer sees herself as “Prince William’s wife”, but rather as a “leading” Royal Family member.

“Kate’s body language has changed since she became Princess of Wales, but perhaps not in the way that people might have expected,” James told Express.

“The pressure could have caused some signs of anxiety and even imposter syndrome, but instead her confidence signals have been on an upward trajectory recently.”

“She is now at something of a peak in terms of sending out signals, which suggests she now not only fully embraces and understands her role, but that she feels comfortable in it, too,” James continued.

The body language expert added that “for years” Kate usually had “self-limited” body language, giving the impression that she was a non-royal in a royal role. But now, James explains that the Princess of Wales has accepted and embraced her role as a senior figure.

“She is much more independent, often appearing more confident when she is working alone than with William, and her filmed addresses, speeches, and messages are miles from the hesitant and slightly reluctant delivery style that she used to have,” James said.

In their roles as the Prince and Princess of Wales, William and Kate can expect to travel across the country to visit locals, businesses, politicians, and attend charitable events.

Kate Middleton and William’s upcoming trip to the US

Their new titles will also include longer journeys abroad if reports are to be believed, though this in itself is something the pair are used to.

The couple has traveled overseas several times before. In December, William and Kate are set to travel to the US to attend the Earthshot Prize Innovation Summit in Boston.

William founded the Earthshot Prize in 2020. It became an independent charity earlier this year, with William named as its president.

William was supposed to attend the Earthshot Prize innovation summit in New York last month. Sadly, he had to cancel because of the Queen’s sudden passing.

The second Earthshot Prize awards ceremony is set to be held in Boston in December.

“Both Catherine and I are so excited to be coming to Boston in December, and we look forward to seeing you all very soon,” William added.

The couple’s three children, Prince George, Princess Charlotte, and Prince Louis, don’t usually travel with their parents when they visit places within Britain. However, William and Kate always try to involve their children in their trips in a unique way.

During their 2022 March trip to the Caribbean, William revealed the fun tradition they engage in with their three children before they leave home.

“They are always asking us where we are going. “And we show them where we are on the map,” William said. He added: “We let them know where we are, and [George] finds us on the map and puts a pin in it and shares with the others.”

“Our three children, George, Charlotte, and Louis, all love being by the sea, so I hope they will be able to experience your clear waters and beautiful beaches before too long,” Kate said during their visit to the Bahamas during the eight-day tour.

Over the years, Kate has shown a strong interest in many good causes, including sports, history, child care, and mental health.

Every year, each member of the Firm receives many requests from different organizations asking for their support. As the official royal website describes, the so-called patronages “add status to an organization, and visits and involvement from a Royal Patron can often bring much-needed publicity.”

Since the royals get hundreds of requests each year, the members usually limit their patronages to a manageable number to give each organization quality time. Kate Middleton has done precisely that.

Some of her patronages include Action for Children – helping with family support, foster care, adoption, child neglect, and disability respite therapy – and the children’s mental health charity Anna Freud National Centre For Children And Families.

One of the patronages closest to Kate’s heart is East Anglia’s Children’s Hospices, which supports families and cares for children and young people with life-threatening conditions. Moreover, she is involved with the Evelina London Children’s Hospital.

Having that status within the Royal Family that Kate has – both regarding raising the children alongside William and also being set to become the future Queen (or Queen Consort) – is a tough job. Therefore, it makes sense to assume that one needs to have some hobbies that can help release stress and give the brain something else to focus on for a minute.

The Princess of Wales reportedly has several different hobbies that she balances with her many royal duties and life in the Crown’s service. One of those hobbies that certainly left people surprised was her piano playing.

Kate was a part of the Royal Carols: Together At Christmas television program, where she and Scottish singer-songwriter Tom Walker performed his song For Those Who Can’t Be Here together. Kate’s skills on the piano – a reported childhood passion of hers – were terrific, and people were impressed.

By all accounts, Kate has mastered a number of things over the years. Not only has she become a powerful and socially skilled royal, but during her free time she has learned to play the piano and tennis.

Yet is seems there’s one thing Kate has never managed to master.

During halftime, the Princess met with volunteers from a social impact program, aiming to improve the lives of the people living in both cities and towns where the host matches are played during the World Cup.

Kate received several gifts during the meeting, including soap and knitted hats. The hats had been created by a person named Susan Hill – to whom Kate revealed that she is also knitting. Unfortunately, however, it seems like it’s not her best skill.

“I tried knitting once and I was terrible at it, so I’ll have to come for lessons,” Kate said. Susan responded: “It’s easy when you know how.”

It’s not the first time Kate has been open regarding her knitting skills. In 2020, she visited an organization supporting grandparents called Older Yet Wiser during a trip to Bradford.

A grandmother showed off the crocheting skills she had developed, with Kate revealing that she had tried to knit her son, George, a jumper. Sadly, the Queen-to-be’s efforts didn’t go according to plan.

“I tried knitting when I first had George. I tried to knit him a very special jumper, but I got halfway down and it splattered,” Kate explained. “It’s such an amazing skill.”

Designed her own garden

Though knitting might not be her thing, it’s become abundantly clear by now that Kate has other skills. For example, she loves gardening – the Princess even designed a garden that went on show at the RHS Chelsea Flower Show.

The garden was described as being “inspired by childhood memories triggered by the natural world, as well as special moments that will be created and treasured by families now and in the future.”

Luckily for Kate, she won’t get any competition at home in terms of who can make the garden more beautiful.

“My wife does all the gardening,” William said. “I really like it but I have no idea what I’m doing.”

Please share this article on Facebook with friends and family if you think Kate will become a great Queen!