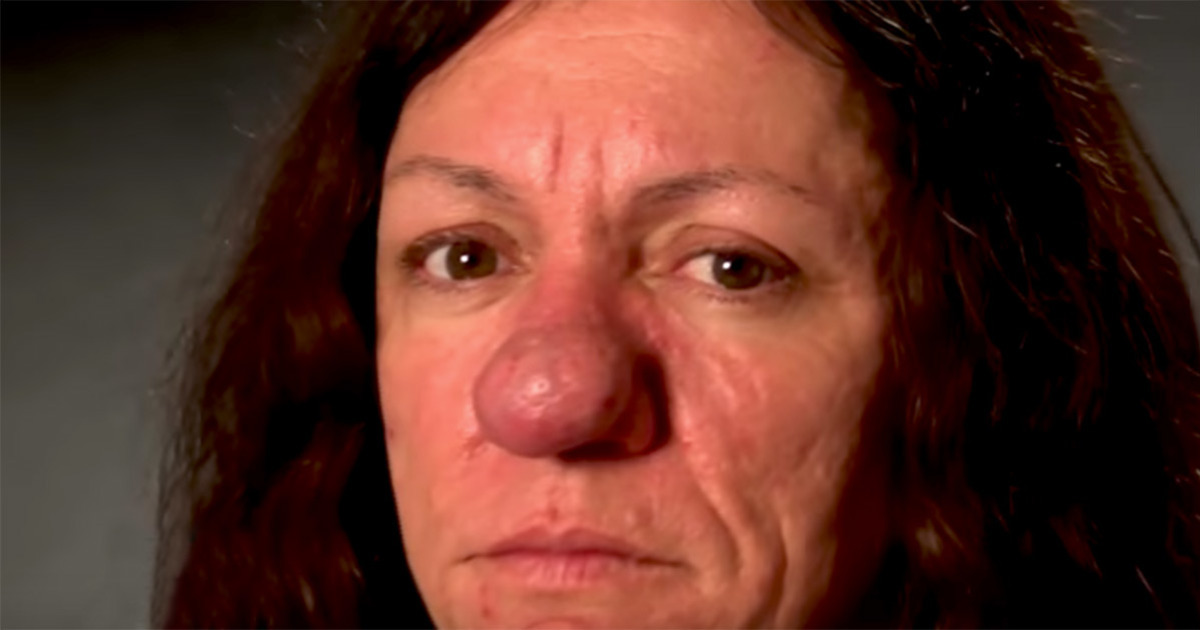 As a young girl, Pamela always had clear skin and nice hair.

Then when puberty kicked in and her hormones took over, she suffered from severe acne.

But what she didn’t know was that her nightmare had barely even begun.

The years passed and eventually, Pamela started a family.

She gave birth to two children, and after having her second one, Pamela noticed that the shape of her nose started changing.

In the end, her doctors gave her a diagnosis.

She had rhinophyma, an inflammatory skin disease that can result in an enlarged nose.

She was ashamed of her appearance and didn’t even dare leave her house.

“There’s gotta be a cure for this. There’s just got to be,” she said crying.

Pamela’s last hope was the American television series “The Doctors.” And when the mother of two appeared on the show, she received a gift she never dreamed of receiving.

Dermatologist Ann Sedlitz offered to give her the treatment she needed… for free.

In a follow-up segment on “The Doctors,” Pamela returned and showed off her new self—and her transformation was complete.

“The Doctors” even wrote on its YouTube channel that Pamela’s new look was “one of the most dramatic transformations the show has ever seen.”

The transformation meant much more than just getting rid of her old nose.

She felt beautiful again—and she got the fresh start in life that she had dreamed about for so long.

Although true beauty is found on the inside, I’m glad that Pamela finally got her self-esteem back and was able to feel beautiful again.

Share if you also think that Pamela is beautiful and should be proud of herself!