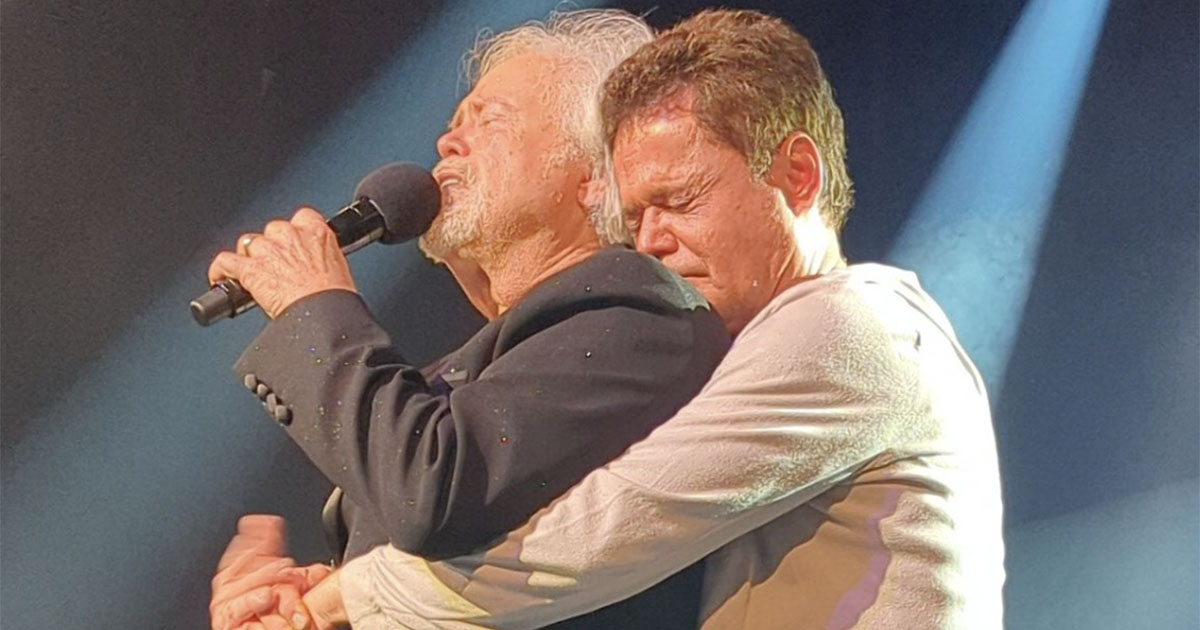 Donny Osmond is a beloved singer and actor. But some people might not know that he started off as a family act with his four older brothers before embarking on a solo career.

Even after embarking on a solo career, he has never forgotten his brothers and has made sure to support them in every facet of their lives.

Donny Osmond’s older brother Merrill Osmond is also quite the performer. A few months ago, the older Osmond announced his last-ever concert and Donny made sure he was there to witness the legendary performance.

The singer posted a photo of an emotional moment he shared with his brother on stage, as Donny hugged his older brother tightly from behind.

He accompanied the picture with a sweet caption, writing, “It was a night I’ll never forget. I went to my brother, Merrill’s final performance here in the US. As I watched him, I turned into a fan myself as I sang along with all of the other fans packing the Westgate theater, where we performed together in the 70s. He asked me to join him at the end of the show and as he sang his closing song, I couldn’t help but give my brother a farewell hug. Yes, it took all of us to create The Osmonds, but it was Merrill’s voice that created the sound. It was an amazing moment. Thank you, my brother.”

This tender moment between the two brothers really is heartwarming. It is incredibly sweet that Donny not only went to his brother’s last concert in Las Vegas but also posted such a sweet picture with a caption, crediting his brother for the contributions he made towards his little brother’s career.

Donny performed with his four older brothers as ‘The Osmonds’ for years. The group was incredibly famous throughout the mid-1970s. In 2003, they were recognized for their contributions to music and given a star on the Hollywood Walk of Fame.

These brothers really made sure to support one another no matter what. What a sweet gesture by Donny Osmond to support his older brother during his last concert.

Share this beautiful moment between these two brothers with your friends and family.