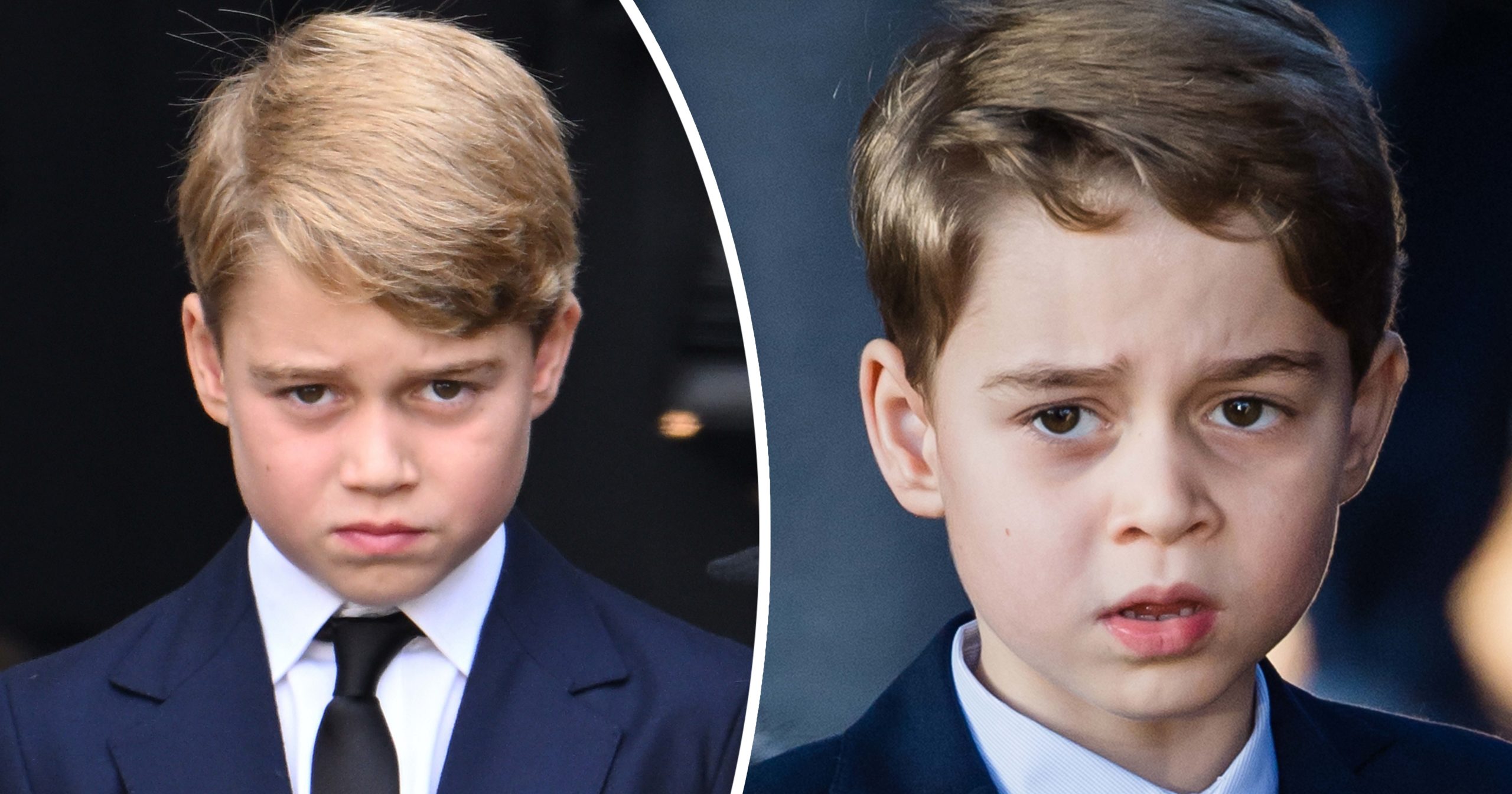 Prince George finds himself second in the line of succession for the British throne, one place behind his father, Prince William. Over the coming years, his parents will teach him all the traits and skills necessary for him to become a good and fair king, though of course, no one knows when he might inherit the throne.

Interestingly, discussions concerning the monarchy and its right to exist have been ongoing for many years. There are folk in Britain that preferred that Charles never took the throne after his mother’s passing, and that the line of regents ended with Queen Elizabeth, for example.

What that in mind it’s not too difficult to imagine a future wherein the Royal Family’s status and power faces increased threat. Indeed, if one historian is to be believed, Prince George might not ascend the throne at all.

Prince George was born on July 22, 2013. Of course, there was huge media interest in the little prince, and his birth was celebrated throughout the entire Commonwealth.

George started school at the Westacre Montessori School in Norfolk in early January 2016. He then transferred to Thomas’s Battersea School in September 2017, but as of this semester, the future king has gotten new classmates.

At the end of August, William and Kate announced that their kids were moving from their London schools to Lambrook School in Windsor.

“Their Royal Highnesses are hugely grateful to Thomas’s Battersea where George and Charlotte have had a happy start to their education since 2017 and 2019 respectively and are pleased to have found a school for all three of their children that shares a similar ethos and values to Thomas’s,” a statement read.

It isn’t just any school the royal children are now attending. Lambrook has a tradition of royal pupils. In fact, two of Queen Victoria’s grandsons, Prince Christian Victor and Prince Albert of Schleswig-Holstein, were students there.

It provides a privileged education, too, with the annual fee for all three royal children estimated to be around $56,000, according to the BBC.

Walking in his mother’s footsteps

The school – which sits on 52 acres of countryside and has a nine-hole golf course and a swimming pool – says it aims to create “happy and thoughtful young adults who are global citizens.”

Not only does George seem to enjoy his time at the school, but he recently moved to embark on a special campaign which is a very dear subject for his mother.

For Anti-Bullying week, George and the rest of his classmates wore odd socks and attended workshops for the good cause.

“With pupils wearing odd socks yesterday, an insightful Anti Bullying workshop series today and our Anti-Bullying Ambassadors sharing their training with their peers, we are working this week & every week to celebrate our differences & support each other #antibullyingweek,” the Lambrook wrote on its social media.

Starting a new school can be nerve-wracking, whether it’s the first day of kindergarten or the first day of university. A new environment comes with new expectations, and then there’s the matter of making new friends.

George told classmates to “watch out.”

For Prince George, making friends doesn’t seem to have been a problem, though. Not only that but he’s made sure his classmate know who he really is. In her book, The New Royals, author and Vanity fair royal correspondent Katie Nichol explained that George already understands the monarchy and his family’s role.

And at school, George has reportedly already warned his classmates to “watch out,” as his father is the heir to the throne.

“They are raising their children, particularly Prince George, with an awareness of who he is and the role he will inherit, but they are keen not to weigh them down with a sense of duty,” Nichol wrote, per Express.

While some students live on campus, George, Charlotte, and Louis will attend classes during the day and head back home in the afternoon.

“George understands he will one day be king and as a little boy sparred with friends at school, outdoing his peers with the killer line: ‘My dad will be king so you better watch out.'”

William and Katte are slowly letting George know what the future will hold. It’s been reported that George – just like his father – will most likely begin working full-time as a royal by age 35, if not sooner. For a future King, it’s crucial to be prepared.

The future of the monarchy

According to royal historian Robert Lacey, William and Kate have already started to inform George what the future will hold.

“William has not revealed to the world how and when he broke the big news to his son,” Lacey wrote in his book, Battle of Brothers.

“But sometime around the boy’s seventh birthday in the summer of 2020, it is thought that his parents went into more detail about what the little prince’s life of future royal ‘service and duty’ would particularly involve.”

But even though the little prince is busy warning classmates that his father will be king one day, George himself might not ever get to become monarch at all.

Why? Well, the pros and cons of the monarchy have been debated in many countries for many years. Some argue that a royal family boosts national unity, and if they are popular, why take them away? Others, however, claim the monarchy is obsolete and that it costs a lot of taxpayers’ money to keep it running.

The monarchy of the UK is one of the oldest in the world and can be traced all the way back to the 10th century.

When Queen Elizabeth passed away, a new debate about the monarchy’s right to existence once again reared its head. As Newsweek reported in a 2021 YouGov study, 41 percent of 18 to 24-year-olds thought there should now be an elected head of state in place of a monarch.

As mentioned, Prince George stands second in line to the throne, after his father, Prince William. However, the little princes’s dream of becoming king one day might just be that: a dream.

Last year, author and history writer Hilary Mantel spoke with the Times and described how she believes that George never will take the throne.

According to the late historian – who sadly passed away on September 20, 2022, aged 70, from complications of a stroke – Prince William will be the last ever king. Her “back of the envelope” prediction is that the line of succession will end there.

“I think it’s a fair prediction, but let’s say I wouldn’t put money on it,” Mantel told The Times. “It’s hard to understand the thinking behind the monarchy in the modern world when people are just seen as celebrities.”

“I’d like us all to say less, and let them have a chance to find some resolution.”

Hilary Mantel was a Booker prize-winning author of the Wolf Hall trilogy, which has been seen as a true classic. She was regarded as one of the greatest English novelists of the 20th century.

Moreover, Mantel was elected as a Fellow of the Royal Society of Literature in 1990. She was also awarded a CBE in the 2006 Birthday Honours and made Dame Commander of the Order of the British Empire in 2014 for her services to literature.

Hilary Mantel had her fair share of controversial thoughts when it came to the Royal Family. Especially on Kate Middleton, who she insisted was not permitted to have a personality of her own. Mantel said that in the Princess of Wales’ first photo, she had “the strained smile of a woman who really wants to tell the painter to bugger off.”

Naturally, one of the vital challenges facing the Royal Family – and one that will without doubt be crucial for George – is how the next generation, namely Prince William and Kate Middleton will try and succeed or fail in modernizing the monarchy.

Like the rest of society, the monarchy has to grow with the times, and William and Kate are doing their best to ensure it’s seen to be doing so. One change they’ve already made is to try to make themselves more approachable during official events.

Moreover, they no longer adhere religiously to “formal” and “stuffy” traditions as in decades past – we’ve already seen how they take selfies with the public and even participate in different sports when visiting schools, etc.

It should go without saying that Prince George will learn everything he needs to know regarding become a good monarch in the coming years. His grandfather, King Charles, had prepared his entire life for the moment he ascended the throne at age 73.

Time will tell when – or even if – George will become King one day after his grandfather.

Of course, it’s important to remember that he’s still a very young child.

What’s most important at that point in life is having a loving family around you. Not only do Kate and William seem to be amazing parents, but, moreover, George and his siblings have a special grandpa who loves playing with them.

It’s no secret that King Charles – who is growing increasingly more popular as a monarch among the public – is an incredibly dedicated grandfather, spending as much time as possible with the youngest members of his family. Several times over the years, he has shared cute anecdotes about the youngsters, and has been overheard organizing plans to come around and see them.

Over the years, Charles has proven himself to be a fun and engaging grandpa. He even has his nickname: “Grandpa Wales.”

“He will get down on his knees and crawl”

When King Charles turned 70, Camilla spoke about her beloved husband in a BBC documentary. She explained that the children adore him, and he isn’t afraid to open up.