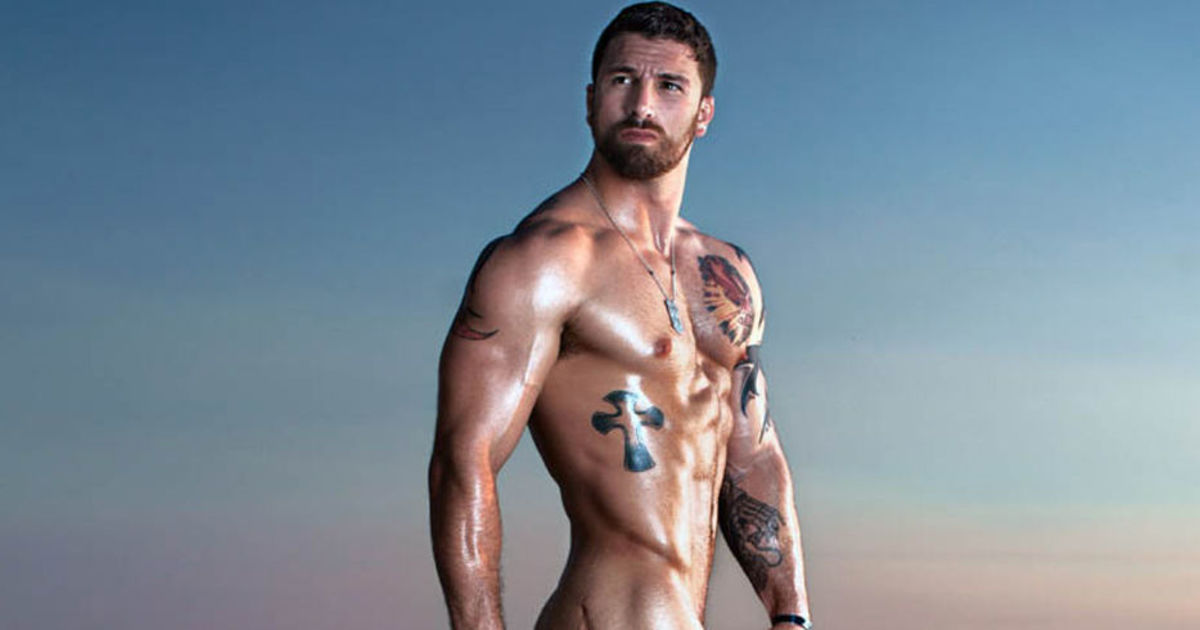 Photography is about more than just capturing pictures of the world around us. It also lets us see the world through the eyes of photographers. After all, a picture of Brad Pitt taken at the Department of Motor Vehicles is going to look different than one taken by a fashion photographer.

But the best photographers let you see their subjects as they see themselves. Take the pictures of these American amputee veterans, for example. If you saw one of these guys at the grocery store or a football game, you might see their missing limbs and feel bad for them. And while they’d probably appreciate the compassion, these vets don’t let their injuries define them.

Someone who clearly gets that is photographer Michael Stokes. Back in 2012, he met an amputee veteran who was considering a career in modeling. It was a meeting that not only produced the inspiration for the pictures below—it also changed the way Stokes saw the subjects of his photos.

Stokes told Cosmopolitan, “At the time I was focused on male, fitness photography, often with an erotic edge, and I wasn’t sure if that was necessarily right for a wounded veteran of war. So I met this veteran, Alex Minsky, talked to him about different approaches to a portrait session. I noticed that most [amuptee photos] emphasized the lost limb, and that the mood was often sorrowful. That was not the vibe I was getting from him, so I decided to simply photograph him as if he were not an amputee, photograph him exactly the same way I would any of my fitness models.”

As soon as you see the pictures, you’ll what Stokes means. The pictures, which were included in a 2015 coffee table book called “Always Loyal,” feature 14 veterans of the Gulf Wars who lost at least one limb in the line of duty. They’re strong, postitive—and totally sexy (though that wasn’t necessarily the point.)

“It’s not about sex as much is it about taking risk, vulnerability in spite of injury—a desire to continue to be relevant. I wanted to show that these young men and women returning from war are still very young, want to build futures for themselves, and even though they have pension and are ‘retired,’ they are ready to take the world on.”

Scroll down to see the powerful, sexy photos:

Don’t forget to share these powerful photos and help us pay tribute to these brave, sexy soldiers!