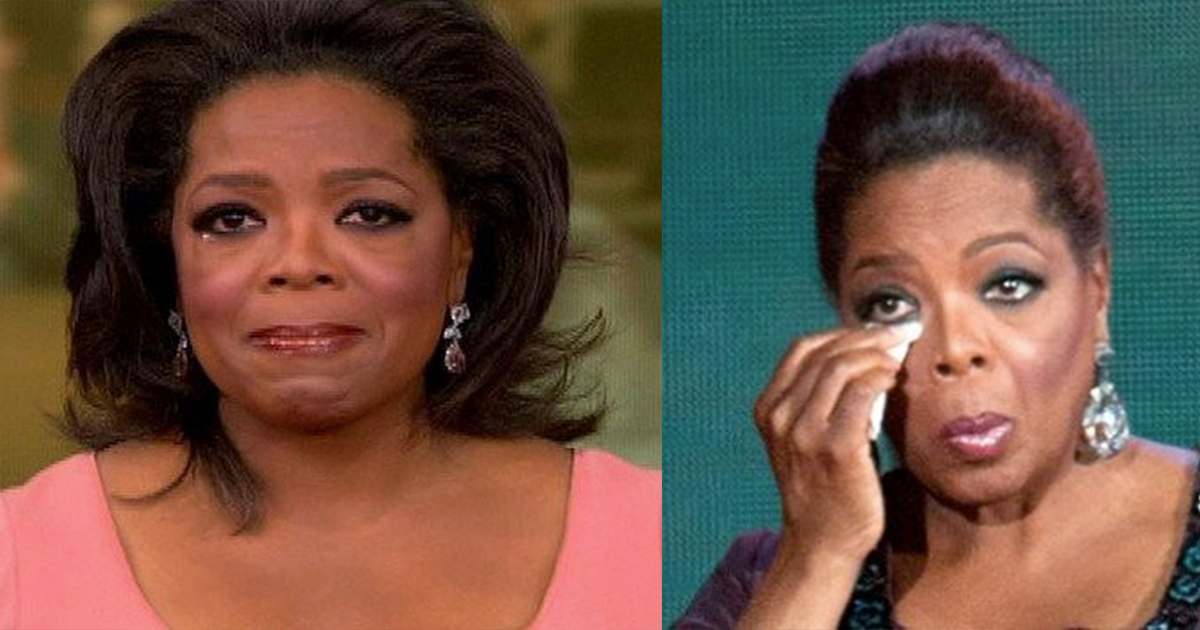 Oprah Winfrey transformed herself into a pioneer, showing the entire world that everyone can connect with one another, regardless of race, religion, or sex.

Through The Oprah Winfrey Show, the beloved talkshow host undertook thousands of emotional interviews with everyone from average Joes to presidents and Hollywood stars. But she and her partner, Stedman Graham, decided to not get married or have children. Strange? Well the subjects been raised by more than a few people over the years …

Oprah Winfrey has pretty much done it all. Starting as a co-anchor and journalist at a TV station, she quickly rose to fame with The Oprah Winfrey Show, which aired for 25 seasons.

The Academy Award-nominated talkshow host, actress, writer and speaker still to this day is active with several projects, and it seems that she’ll never quit in her pursuit to allow everyone – no matter who it is – tell their story.

Oprah Winfrey’s had a life in the spotlight. But at the same time, she and longtime partner Stedman Graham never had children or married.

Now, she’s told the truth as to why.

Oprah Winfrey was born on Jan 29, 1943 in the rural town of Kosciusko, Mississippi. Her early years in the small farming community were unstable: she was raised by her grandmother, but eventually left to live with her mother.

Oprah’s life with her mother was troubled and at times terrible. She was sexually abused as a young girl, and there was more abuse to follow. By 14 she was pregnant, ended up moving to live with her father in Nashville.

Tragically, Oprah gave birth to a premature son who died shortly after birth.

Plenty of people would probably be devastated by the trauma and ready to give up on life following such an event. Oprah, though, decided to channel her pain into something positive.

Speaking to Readers Digest, Oprah even gave a sort of backhand credit to the people who abused her. The talkshow host said that in some way they made her the woman that she is today.

“Being 14 was a very difficult time for me, it was rough. And had I had guidance at that age, my life might have been very different,” she said.

The decision to move to Nashville to with her father and stepmother would turn into the best decision Oprah ever made. At 17, she had turned into a young woman with confidence, and went on to win the Miss Black Tennessee beauty pageant.

The event was sponsored by a local radio station, and since she definitely had talent in the field, Oprah was hired. She started working part-time reading the news, which later led her to another gig.

She attended Tennessee State University on a full scholarship and majored in communications. However, since a job came up, she left before graduating. In 1986, Oprah returned to the university to turn in her final paper and graduate officially.

Oprah Winfrey packed her bags and moved to Baltimore, Maryland, where she began co-anchoring the six o’clock headlines on WJZ-TV.

One might think that her career was straight to the top from there. But no, Oprah also had to deal with some turbulence in her career.

Incredibly, this now-media powerhouse was dropped from the co-anchor job and told to work at the news desk instead. There, she would meet someone who would become a vital figure for her future success.

Her mentor was an editor at work, yelling at her every night she was on the job.

“I used to go to work every day shaking with fear, saying ‘I know I’m going to be fired'”, Oprah Winfrey said.

“I wasn’t a great writer, I wasn’t fast enough. In the end I didn’t get fired, but I did get demoted to the talk show … which was seen as a big demotion in those days. And that’s where it all began. So, I thank him. He was inadvertently a guiding light!”

Oprah Winfrey got the opportunity to host the TV show People Are Talking, through which she gained a lot of friends. It was a huge hit, and meant that Oprah had taken her first steps towards stardom. Her empathy and courage – which became her trademark – were key. She stayed on the show for eight years.

She was then recruited to Chicago to do a morning talk show called AM Chicago. In 1986, however, the show was rebranded as The Oprah Winfrey Show.

Oprah came into a television industry that was flooded by white males. As a young black woman, she was a pioneer in the field, and her presence soon turned into what could be referred to as a revolution.

When she accepted the Cecil B. deMille Award – a Lifetime Achievement and prestigious award for outstanding contributions to the world of entertainment – at the Golden Globes in 2018, Oprah Winfrey talked on the concept of a talkshow being more than just a talkshow.

Rather, she sees it as a way of reaching personal healing.

“In my career, what I’ve always tried my best to do – whether on television or through film – is say something about how men and women really behave,” Oprah said in her acceptance speech.

“It’s to say how we experience shame, how we love and how we rage, how we fail, how we retreat, persevere, and how we overcome. I’ve interviewed and portrayed people who’ve withstood some of the ugliest things life can throw at them, but the one quality all of them seem to share is an ability to maintain hope for a brighter morning, even during our darkest nights.”

The Oprah Winfrey show became a stalwart of TV, attracting millions of viewers. Oprah interviewed more than 37,000 people on her talkshow during the 25 years it aired. From average Joes with everyday problems to Michael Jackson and President Obama, someone from every walk of life has been on the show.

The Michael Jackson interview actually became one of the most-watched interviews in TV history, with more than 90 million people watching.

Filmed at Jackson’s Neverland Ranch, it took place before any allegations were made about sexual abuse.

“It was the most exciting interview I had ever done,” Oprah said. “We are coming in the gates of Neverland, and it’s like a moment in The Wizard of Oz. “It was literally like going to see the wizard. We couldn’t believe it. I felt like a kid.”

Oprah signed a new contract to continue The Oprah Winfrey Show through the 2010-2011 season. At the time, the show could be seen on more than 200 US stations and in more than 100 countries worldwide.

In 2011, when her contract expired, Oprah Winfrey decided to end her show after 25 successful years.

In 2013, she was awarded the Presidential Medal of Freedom by President Barack Obama.

During her last season on the show, Oprah revealed something which turned into one of the most emotional moments in The Oprah Winfrey Show‘s history. It turned out she had a half-sister, Patricia. Oprah’s mother Lee gave birth to her in 1963, with Winfrey being nine years old at the time.

Winfrey and Patricia met in 2010, in what the legendary talkshow host said was “one of the greatest surprises of my life.”

Millions of people have probably shed a tear or two over Oprah’s show at some point. No matter what place in life the guests are in, they all have one thing in common, according to Oprah herself.

“Everyone you meet just wants to be seen and heard,” she said.

Oprah Winfrey hasn’t only grown a big audience and fanbase in Hollywood because or her talkshow. She’s been in many movies, and made her debut in The Color Purple (1985), a role for which she received an Academy Award nomination.

Oprah’s lent her voice to several animated movies, as well. In 2013, she had a big role in the multi award-winning movie The Butler. Two years later, in 2015, she was once again nominated for an Academy Award in the Best Motion Picture of the Year for Selma, in which she was the producer. According to IMDb, Oprah Winfrey became the first African American woman to be nominated for Best Picture.

Oprah is also known for being very generous on her show, giving the live audience all sorts of gifts. Not only that, but the beloved TV personality donates millions of dollars of her own money to fund various charities.

In April – in the midst of the COVID-19 pandemic – Oprah announced that she was donating $10 million towards coronavirus relief efforts.

“I was struck by the work these organizations are doing and while everyone’s priority right now is to stay safer at home, I know there are many of us looking for ways to help,” she said in a video posted on her Instagram.

Oprah Winfrey has been together with partner Stedman Graham for more than 30 years. She met the business executive and author at a charity function in 1986, and shortly afterwards, their relationship went public.

He even called in to The Oprah Winfrey Show in 1987 to surprise her, asking his girlfriend: “I don’t know if you recognize my voice or not?” In 1992, Graham proposed to Oprah in her home in Indiana.

“I want you to marry me,” he told her, according to People. “I think it’s time.”

The couple were set to get married the following year. But in the end, they decided not to.

Oprah and Stedman have stayed together through all these years. Yet, according to the talkshow host, they wouldn’t have been together if they had’ve gotten married.

“He’s never demanding anything from me like, ‘Where’s my breakfast? Where’s my dinner?’ Never any of that, which I believed would have changed had we married,” Oprah Winfrey said according to Yahoo.

“No question about it — we would not stay married, because of what that would have meant to him, and I would have had my own ideas about it. I have not had one regret about that.”

Oprah Winfrey doesn’t have children. After getting engaged to Stedman, however, she admits she thought about it.

“At one point in Chicago, I had bought an additional apartment because I was thinking, ‘Well, if we get married, I’m going to need room for children,'” Winfrey said.

But something made her change her mind. At the time, she was busy with The Oprah Winfrey Show and explained that her time on the show helped her to see that motherhood requires serious responsibility and “sacrifice.”

Because of that, she holds mothers in the “highest regard”. Oprah doesn’t look back and wonder about what might have been.

“I realized, ‘Whoa, I’m talking to a lot of messed-up people, and they are messed up because they had mothers and fathers who were not aware of how serious that job is,'” she explained.

“I don’t have the ability to compartmentalize the way I see other women do. It is why, throughout my years, I have had the highest regard for women who choose to be at home with their kids, because I don’t know how you do that all day long. Nobody gives women the credit they deserve.”

Oprah Winfrey is a role model for millions of people and a wonderful TV host. We wish her all the best in the future and hope to see her in movies or as a talkshow host soon again.

Please, share this story with friends and family to honor this incredible woman!