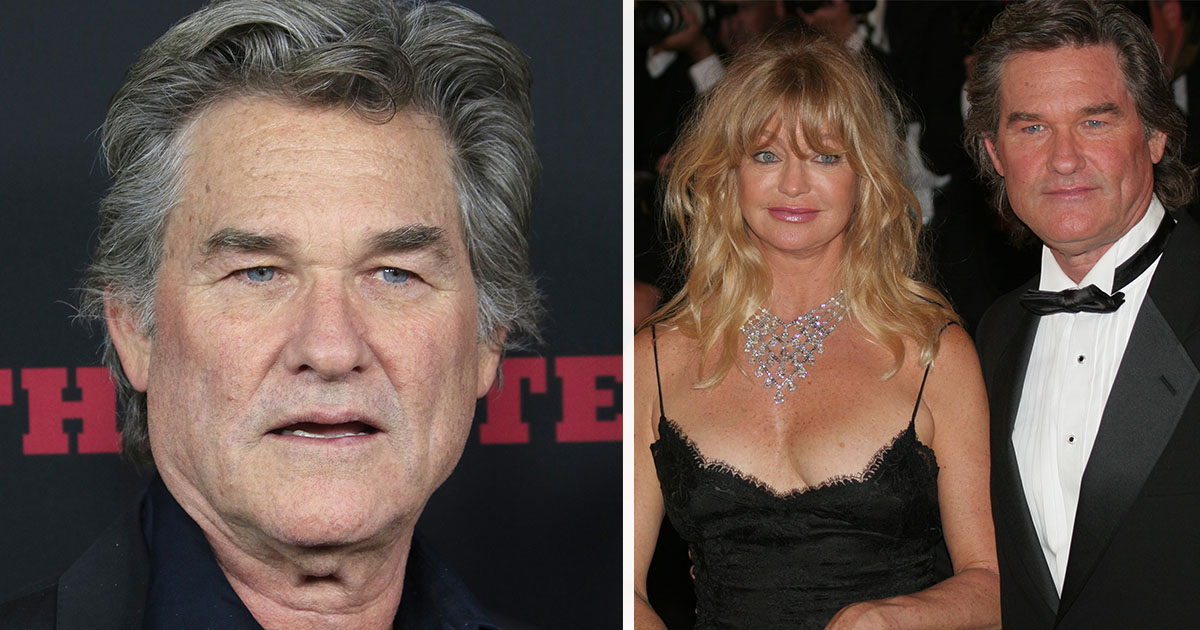 Kurt Russell has been deeply in love with partner Goldie Hawn for nearly 40 years. The two have been living their best life together, and have experienced no or very few problems with their health.

But now, at age 70, Russell will have to undergo surgery because of an “unforeseen medical issue”.

Kurt Russell is one of the most beloved actors around. Besides starring in some classic films, as well a television series, he’s also one half of one of the sweetest love stories Hollywood has to offer.

Russell and his partner Goldie Hawn have been together for nearly 40 years, and still to this day the couple are deeply in love.

With things slowly start returning to normal for most people after the Covid-19 pandemic, Kurt was set to be inducted into the Oklahoma City-based Hall of Great Western Performers. However, “unforeseen medical issue” have arrived, and the star has been prevented from attending by his doctor.

Kurt Russel and Goldie Hawn have been – and still are – superstars on the big screen. At the same time, they’ve been able to share a loving relationship and show great devotion to their family.

Goldie and Kurt first met while filming The Only and Only, Genuine Original Family Band in 1966, when Hawn was 21 years of age and Russell 16.

“I thought he was adorable, but he was much too young,” Goldie said. “Then, years later we met up again, and I remembered that I liked him very much when I first met him. We both said we would never go out with another actor so it just shows you never can tell.”

However, they weren’t ready to start dating quite yet. One might think that Goldie Hawn was the happiest person in the world at that point, but she was actually struggling.

Behind closed doors, she struggled with depression – and didn’t even go out in public.

At the same time as many dream about becoming a celebrity, that wasn’t the case for Hawn. She had gotten her big breakthrough, but instead of wanting more, she just wanted to get away from everything and everyone.

At the time, Goldie had two children from her marriage with Bill Hudson. Her son Oliver was born September 7, 1976, and daughter Kate was born Apr 19, 1979.

Kurt and Goldie welcomed their son together, Wyatt Russell, in 1986.

While filming Swing Shift, Kurt and Goldie went out together one night after work. He took her to The Playboy Club, where they spent hours and hours talking.

It’s now been 38 years, but Goldie and Kurt are still deeply in love.

When Goldie turned 60, Kurt Russell took the entire family to Tahiti, where they spent a lovely vacation together.

They’ve now got six grandchildren, and via Instagram, they can been seen giving their love to the smallest members of their family.

New details about their relationship

Recently, new details about their wonderful relationship came to light. Body expert Karen Donaldson has analyzed pictures of Kurt Russell and Goldie Hawn – and the results are just as wonderful as you can imagine.

At 75 respectively 70, Goldie Hawn and Kurt Russell has to take care of themselves. They aren’t getting younger, however, the couple have been very lucky not getting into any serious health issues. In 2017, a source told Closer Weekly that Hawn is “super focused” on her diet as well as her workout routine.

“She always says you’re as young as you feel, and she still feels like a 30-year-old. She’s healthy and vibrant and comfortable in her own skin,” the source said.

Another insider added: “[Goldie is] doubling down on working out. She’s never really just committing to one solid routine. Her big word is ‘diversity.’ Every day is different so she never gets bored of her workouts.”

Hawn spoke about her diet with People in 2016. She said she doesn’t eat a lot, adding that it’s all about not eating to much, or “overeating” as she describes it.

“I drink my green juice every day! I do a lot of juice, I don’t put a lot of food in my stomach and I don’t mix my foods too much. So if I want to have like protein I’ll just eat a bowl of lentils, I won’t mix it with a bunch of stuff,” Goldie Hawn said.

Kurt Russell has been way more active within the Hollywood scene over the last number of years. He starred in Quentin Tarantino’s film Once Upon A Time In Hollywood in 2019, and this year will appear in both Fast & Furious 9 and the television series What If…?

Kurt Russell to have surgery

In October, Kurt – who already has his name on the Hollywood Walk of Fame – was to be inducted into the Oklahoma City-based Hall of Great Western Performers.

However, due to an “unforeseen medical issue”, Kurt can’t attend.

In a statement, the movie star said that he has to undergo surgery, a procedure that apparently can’t wait, according to his doctor. According to the Oklahoman, he’s going to have a hip surgery.

“I had hoped it could wait, but my doctors said it needs to be this September. As much as I hate missing this year, I’m grateful to the museum for being willing to move our recognition to 2022 so I can be there in-person to accept this great honor,” Russell said in the statement.

Congratulations to Kurt Russell for being inducted into the Hall of Great Western Performers! We wish him a speedy recovery following his surgery later this month.

Please, share this article with friends and family on Facebook to show your support for Kurt Russell!