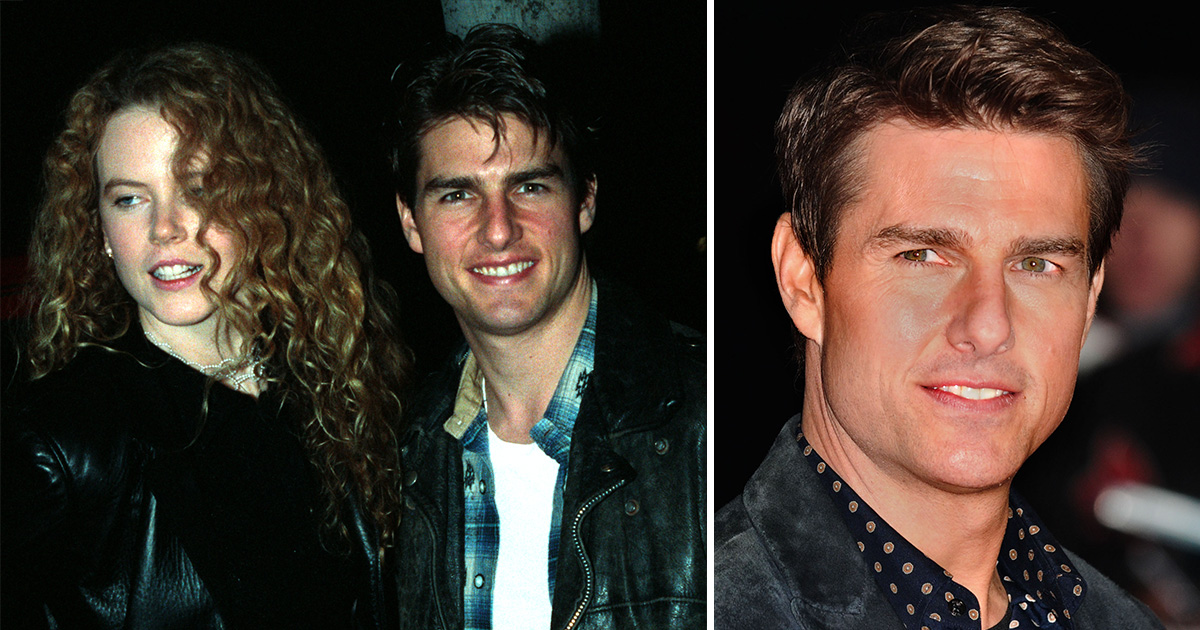 Few Hollywood celebrities that are more easily recognizable than Tom Cruise. But even though he a huge star, the actor’s children is living a quiet life. One of whom is Connor Cruise, his 25-year-old son who Cruise adopted when married to Nicole Kidman.

This is the story of Connor Cruise, and the truly special relationship he has to hit parents.

Tom Cruise has done it all. From starring as a laywer in The Firm, hot shot Navy pilot in Top Gun and a 007-like secret espionage agency hero in Mission Impossible, the America actor has done it all.

Tom Cruise was born July, 3. 1962 in Syracuse, New York. He was the only son out of four children to parents Mary Lee Pheiffer and Thomas Cruise Mapother III. At a young age, Cruise moved around plenty, attending over 10 schools before reaching high school. Together with his mom and her new husband, he ended up in Glen Ridge, New Jersey.

Tom Cruise knew early on that he wanted to become a priest. He was a deeply religious youngster, but that would soon exchange into acting instead.

Speaking to Interview Magazine, Cruise tells the story when he started in a school musical and absolutely fell in love. The biggest thing was him being able to show emotions and being vulnorable, something that impressed his friends.

“So the first time I did the play, all the guys came and saw it and said, ‘Whoa, we didn’t know that you could do that.’ I felt good about it. Not just the fact that they saw it, but I felt good about it in my heart,” Cruise said. “My mother taught creative drama, so I’d always enjoyed it. I told my parents I was going to New York. I never really planned on going to college anyway, I had saved money and I was going to go to Europe and find the “big picture” there.

At 18 years of age, Tom Cruise dropped out of school and moved to New York to pursue a career in acting. 20 years later, he could consider himself to be one of the best and wealthiest actors on the planet

In the 1990’s, Tom Cruise continued with blockbuster movies such as Mission Impossible (1986) and Jerry Maguire the same year.

Following his three year marriage to Mimi Rogers, Cruise tied knot with Nicole Kidman in 1990. They adopted two children in daughter Isabella Jane Cruise (born 1992) and son Connor Cruise (born 1995), both when they were only months old.

In 2001, Cruise and Kidman got divorced, with Tom marrying his third wife Katie Holmes in 2006. They welcomed daughter Suri Cruise (born 2006).

Tom Cruise is one of the wealthiest, respected and biggest movie stars in the world. Also, he renewed his faith when he got involved with the Church of Scientology in the early 1990s. Cruise is still devoted to the church, but  even though it has been reported its caused damage to his marriages with Nicole Kidman and Katie Holmes.

And he’s actually had his kids join him in the Church of Scientology.

Many children of Hollywood celebrities follow in their parent’s footsteps. But that’s not the case when you talk about Tom Cruise’s children.

Kidman and Cruise’s daughter Isabella is an artist and lives in London together with British husband Max Parker.

But their son Connor is even more unknown to the public, been outside the spotlight for many years. So what does Connor Cruise do, you might wonder?

Connor Cruise was born Jan. 17, 1995 in Florida. Just one month old, he was adopted byt Tom Cruise and Nicole Kidman.
The celebrity couple couldn’t receive a biological child because of an ectopic pregnancy, and decided to adopt Isabella and later also son Connor.

As his father joined the Church of Scientology, so did his children. Connor is said to have grown up within the church, and according to People, both him and his sister Isabella are “completely dedicated scientologists just like Tom [Cruise].”

Like his father, Connor has been dedicated to the Church of Scientology since he’s been a young child. He lives in Clearwater, Florida, where the church has its main hub.

But just like his sister, Connor’s living a private life outside the Hollywood spotlight.

He’s made small appearances in films just like his parents, having smaller roles in Seven Pounds (2008) Red Dawn (2012).

It sure seems that the Church of Scientology always is present regarding Cruise’s family relations.

Through the years, the relationship between Nicole Kidman and her children – especially Isabella and Connor – has been a hot topic since the seam to have followed their dad into the church.

Nicole Kidman admitted that she grew apart from her children after the went into the Scientology. However, in an interview with Australia’s Who Magazine, she said she wants to keep her relationship with her children private.

“I know 150 percent that I would give up my life for my children because it’s what my purpose is,” Kidman said.

Connor Cruise is said to have lived together with his dad in a penthouse in Clearwater, Florida, also known as “Tower of Tom”. It sits no more than 400 yards away from the Scientology’s ‘flag building,’ Radar reported.

However, just a couple of months later, Connor is said to have moved out. In October. of last year, Connor moved across the street to a fancy building known as the Apex 1100.

The luxurious complex has no ties to the Church of Scientology.

“It is not a scientology building. Connor moved out of Tom’s building last week,” an eyewitness said.

The question was woken about Connor and Tom’s relationship. But the same week, as Connor mostly stays out of the spotlight, he was seen together with his father in London.

Father and son was seen heading for a private helicopter with Tom Cruise showing Connor some basics of flying. When working on Mission: Impossible, Tom learned how to fly an helicopter, and time will l tell if his son will join him for a beautiful flight over Florida or somewhere else in the future.

But is Connor is stepping down from the Church of Scientology?

“Tom and Connor stepping out together in London was a big deal,” a source told People. “It was the same weekend that Scientology does their annual gathering called the International Association of Scientologists (ASI). Tom has attended numerous times in the past, but this appears to be the first time Connor has gone.”

Connor is a married man. In 2019 he married fellow Scientologist Silvia Zanchi, according to Women’s Day Australia.

As already mention, Silvia is a part of the religion. The Italian is a staff member from Italy who met Connor in Florida. She is said to be very caring and faithful, and just as in daughter Isabella’s case in 2015, mother Nicole Kidman wasn’t invited to his wedding ceremony.

According to Radar, father Tom was the one not wanting her to be there.

“First, Tom would never even consider inviting Nicole to Connor’s wedding because she’s considered a ‘suppressive person’ by the church — and, second, he doesn’t want her there. Tom turned his back on Nicole a long time ago and he’s never looked back,” a source said.

In 2014, Connor spoke about his relationship with his mother, saying they were close.

“I don’t care what people say, I know that me and Mum are solid. I love her a lot. My family means everything. Yeah, I love my music, but the family comes before everything else,” he told Women’s Day.

Connor is living his quiet life down in Florida, far from the Hollywood spotlight, red carpets, paparazzi and Bel Air mansions.

He’s been very inactive on his Instagram page for the last couple of months, but now, he’s back with a rare appearance.

He shared a series of photos from a recent fishing trip on his stories, as reported by Now To Love, and it turns out, he’s really into fishing and outdoor activities.

Connor’s also been sharing pictures of him with sister Isabella, whom he’s very close with.

It sure seams Connor is living his best life, and to be honest, it really is rare seeing children of big Hollywood celebrities being this down to earth.

We wish Connor, his wife and his family all the best in the future!